The Spokesperson for the Presidency stated that the President welcomed the visit of the President of the International Olympic Committee to Egypt, praising the IOC's key role in promoting interest in sports at the international level. The President highlighted Egypt’s efforts to develop and modernize the sports infrastructure nationwide. This is in addition to the construction of Egypt's International Olympic City in the New Administrative Capital and efforts made to raise the efficiency of international airports and the transport network and to develop roads and axes in Greater Cairo and surrounding cities, in order to facilitate movement between facilities, thus maximizing Egypt’s capabilities in the sports infrastructure in the interest of citizens and to host major international championships in various sports at the highest organizational, administrative and logistical levels. 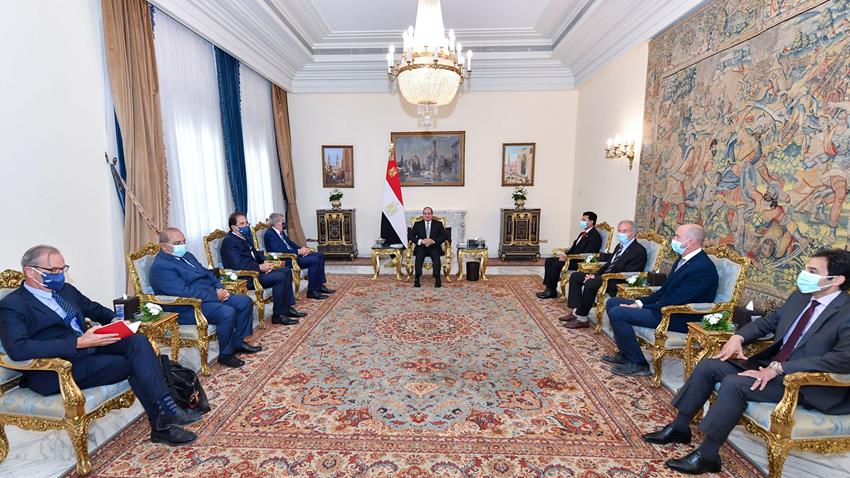